So I’ve been to Jodhpur last months. Yes, May is the worst time of the year to visit Rajasthan, and yes, it was extremely hot. But as a super busy mom of three kids with a limited travel budget, I’m not in any position to turn opportunities down. I had a chance to visit Jodhpur and I went. Do I regret it? No way! The blue city of India was as charming as I imagined it to be! And to combat the heat, I just drank gallons of water and cold drinks, applied the sunblocks lavishly on my face, neck, and arms, and tried to stay in the shade as much as possible.

I won’t be writing a very detailed city guide with all the things to see and do in Jodhpur. We already have a rather informative guest post on the site with lots of secrets revealed by a local. But I hope these Jodhpur photos will inspire you to make a trip to the blue city and to see all these beautiful places with your own eyes.

Why is the city blue?

Now, the city actually turned out to be less blue than I expected. The concentrated “blueness” can be observed from the Mehranghar fort, while the rest of the city has occasional splashes of blue here and there. There is a  number of probable reasons why houses in Jodhpur are painted blue:

~ Blue color has been associated with Lord Shiva and there were many Brahmin followers of Shiva in Jodhpur who considered this color sacred.

~ Blue reflects heat, and Jodhpur often reaches 45C + in the summer. It’s possible that the houses were painted blue to lower the temperature inside.

~ There were many indigo plantations near Jodhpur,  and that made the color blue easily available.

~ The houses were painted blue for the sake of the beautiful view for the rulers to admire from the Mehrangarh Fort.

~ The Blue City would have attracted traveling traders passing through Rajasthan.

But whatever the reason, the city is charming and you’re bound to remember your visit for years to come.

During my short visit to Jodhpur, I managed to see quite a lot. My itinerary started from the mighty Mehrangarh Fort, which is undoubtedly the centerpiece of Jodhpur. Downhill from the fort, there is Jaswant Thada, a beautiful marble cenotaph, widely known as the Taj Mahal of Marwar. After exploring it for an hour or so, I took an autorickshaw and headed to the bustling area of the Sardar market. With the imposing Ghanta Ghar (clock tower) standing proudly in the middle and lots of colorful stalls, it’s an interesting place to explore.

After having an egg sandwich in one of the small eateries near the market gate, I wandered along the streets of Jodhpur with no particular purpose in mind – the narrow alleys were oozing charm from every building, archway, and balcony. There were also many stylized hotels, and some of them were specifically targeting tourists from a particular country (China and Korea, to be precise). Looking at the emerald green water of the Toorji Ka Jhalra stepwell, I was really tempted to join the local kids for a good swim 🙂

After extensive walking, I was glad to sit down and rest my legs in a spacious auto rickshaw on the way to the Mandore garden. Located around 9 km from Jodhpur, the Mandore garden houses lots of opulent chhatris (cenotaphs), and is a paradise for passionate photographers and devoted architecture enthusiasts. My last destination was the Umaid Bhawan Palace, a splendid mansion, and one of the biggest private properties in the world. So, my day was rather productive, no? 🙂

If roaming around a new city is not your thing, check out some interesting guided tours in Jodhpur by clicking the image below:

Where to stay in Jodhpur

To make your dream of Jodhpur reality, you’ll probably need a nice and affordable place to stay. Here is a couple of suggestions: 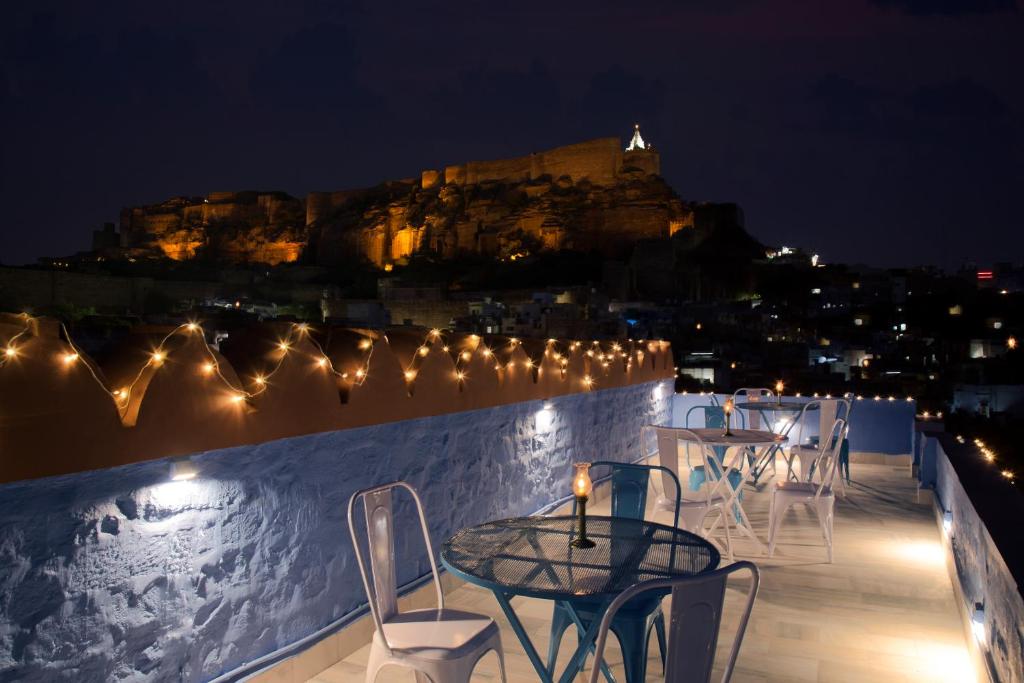 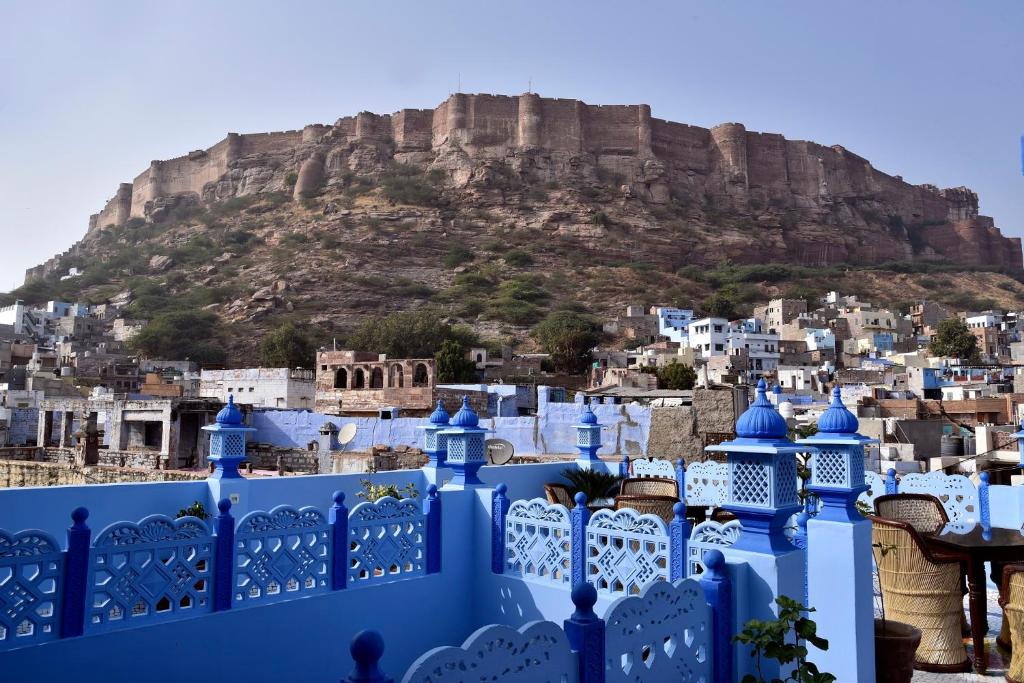 Offering a sun terrace and views of the mountain, Suraj Haveli is located in Jodhpur, 0.6 mi from Mehrangarh Fort. Guests can enjoy the on-site restaurant.

The Mandore Gardens near Jodhpur – a charming collection of royal memorials

Magical Hues of the Hawa Mahal, or The Palace of Winds in Questions and Answers